2008 has been a year that most people would like to forget at least at the macro level. Macro levels impacted a lot of people at micro levels as well, and the follow-ups are what we all may be looking forward to in 2009. For me, by design 2008 had to be a different year, but it turned out to be absolutely different from both default and design.

The macroeconomic factors impacted all my plans, and by the second half of the year, I had to re-plan myself completely। On a positive note, I discovered something that I always had, but probably did not realize the value of. I found that I may not have been a financial success. But when it comes to friends and my support systems, I am really the blessed one.

I feel 2008 on the face of it may not be a memorable year. But I believe it was the year where a lot of foundations for the future may have been laid. And hopefully, we would be able to build a strong future on these foundations.

I traveled to Singapore this year and that was the only big travel for the year. 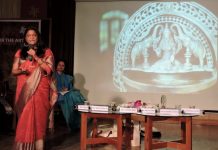 Memories Of A Lone Visit To New York, USA