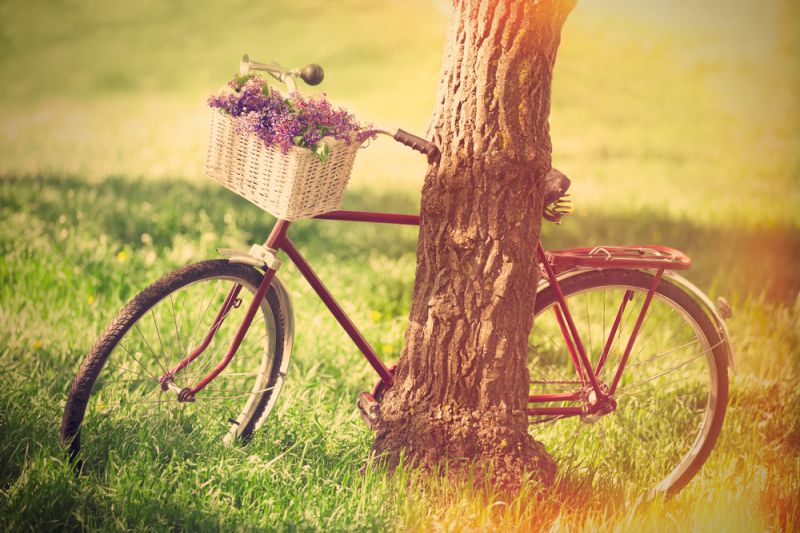 This Sunday, I and my two friends ventured into an unplanned trek. Or rather a walk to spend a Sunday Off the City.

Sunday Off the City – Weekend Getaway from Bangalore

This Sunday, we drove to K R Puram station and parked our cars there. We took a train to Bangarpet from K R Puram station. We planned to get down at some station may be an hour away from Bangalore. And then walk back. However, courtesy Indian railways we had to get down a couple of stations after the Whitefield station. We got down at Malur station which seemed in the middle of nowhere. We started walking along the railway track and soon found ourselves in a Eucalyptus plantation. With loads of dry leaves all around. It was almost noon and the sun was shining up and bright. It was amazing to walk in the Sun & shade of trees and hearing the rhythm of six footsteps on dried leaves.

We kept crisscrossing on the railway track, till we finally located some interesting fields. There were small canals to water the fields. It was de-stressing to put the feet in flowing water as if to wash away all your tiredness and fill you with freshness. The only sound that we could hear was the sound of water falling on our feet and it almost felt therapeutic.

Then we walked past fields of almost all the seasonal vegetables and roses. We touched all of them almost like kids when they see things for the first time. Then we reached a small pond where a few people were fishing. That is where we sat down and had our food under a huge shady tree. There we could hear some music being played. We started walking towards the music and landed on a small village road with loads of plantations. There were jackfruit trees and there were grape plantations. We ate a lot of fresh grapes and picked some to carry back home. But we decided to distribute them to the passengers at the railway station on our way back. We walked a few kilometers and then sat under a huge Peepul tree.

Tried speaking to a few locals, but the language was the barrier. Somehow every time we spoke, people thought we have lost our way and we need to get back somewhere. They would tell us to take an auto and say it would take only 5 Rs or so by auto to reach the nearest bus stop. I think it was hard for them to believe that we are walking for pleasure. Ultimately we reached what looked like a civilization, huge upcoming buildings, a short stay home, and a broad road. When we started walking towards the railway station, we passed which was more than a village. It was a nice modern town with bustling roads, traffic, pollution, and business.

At the station as we waited for the train, some children who looked like Banjara kids, came and started singing for us with music produced from the two stones held in one hand. As we kept disapproving the songs they were singing, primarily the popular Hindi film songs, they kept churning out songs from their kitty. All of them were beautiful kids, with a streak of survival instincts, as they sang around and collected money from people waiting for the train. Both ways on the train, there were these bright colors that people wore. It almost felt like a flood of colors, but simultaneously wished people could be more clean and hygienic.

Between the three of us, we spent the day-off the city, in under Rs 100/-. And this simple day was much better spent than the most days spent anywhere in a city.

Do you have a simpler idea for a Sunday Off the City? 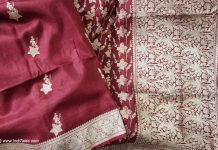 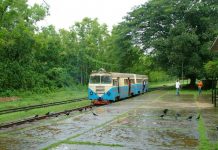 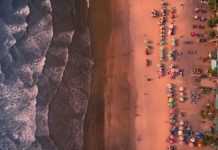 A Short Story… Moments You Live – The Real Life

Anuradhapura – Things To See In Ancient Capital Of Sri Lanka

Following The Tunnel At Ibrahim Rauza In Bijapur