There are places that have historic stories in their wraps. It takes a filmmaker to unravel them and present it to the world. I saw this phenomenon in Schindler’s museum in Poland. And now in Kanchanaburi province of Thailand. Film Bridge over River Kwai brought the world focus on to this small bridge. A part of a historic rail link built during World War II. Though the film was shot in Sri Lanka, the place got its due with the blockbuster film.

Bridge over the River Kwai, Thailand

A dark metal bridge, about 70 years old with two rectangular panels between the arched one standing on the quite River Kwai may not attract any special attention. But for the fact that the tourism in this region is so linked with the Railway line that this bridge is an integral part of. The prisoners of war mainly belonging to allied forces built this rail link that was built to link to Burma to ultimately reach India. The pathetic conditions that they worked under and the speed at which the rail link was built is well documented in the hellfire pass museum that I would write about in a bit.

View from Bridge over the River Kwai

You can walk on this bridge. Small metallic platforms jetting out of the bridge let you look at the river from a vantage point. The riverside restaurants make a beautiful site on one side of the river while a giant statue of Buddha looks over from the other bank. Bang in the middle of the bridge on a platform a young man was playing the flute, adding music to the ambiance. Narrow colorful boats provided color to the monotony of the river and made an excellent shot from the top. I visited the bridge twice – the first time at dusk and then at dawn. It was charming both the times. In the morning as I was walking towards it, I saw a train passing over it. And that made me feel as if the visit to the bridge is complete.

I also felt it is not just a monument but also a living heritage. Something that I have started championing lately.

A well-maintained cemetery in the town pays homage to about 7000 Prisoners of War who lost lives during WW II. These are not the real graves for they are too close to each and too small for human adults but more like memorials arranged by nationality. To the right of the entrance are British and to the left Dutch and Australians. Many visitors come looking for the graves of their ancestors. It looks beautiful and evokes an emotion of homage. I liked the local cemetery right next to this one that had memorial stones in pistachio green and some messages written in Thai.

There are many resorts and hotels on the River Kwai. I stayed at the Felix River Kwai Resort in a room that overlooked the river through the leaves of the coconut tree.

Ratchaprasong Walk – Hindu Deities in the heart of Bangkok 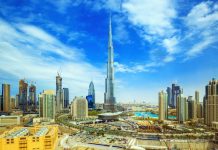 Tourism Best Described – Why We Need To Travel