In our ‘Inspiring Travelers‘ series, we talk to our dear friend Jai Bharathi, who has just finished the ‘Road to Mekong’ expedition.

Let us talk to the captain of the ‘Road to Mekong’ expedition – Jai Bharathi.

Tell us about the Road to Mekong Expedition. How did this concept happen?

In 2015, a couple of us biker friends went on a motorcycle trip to every bikers dream trip to Ladakh. I took care of the entire planning. We could easily ride through all the hurdles and completed the journey. As we got close to the completion question of what next popped into our minds. And we were thinking of doing Kanyakumari to Kashmir (K2K) as our next big ride in 2016.

Around the same time, the news went viral about the new road connectivity to Thailand via Myanmar. Before even we started to plan for K2K, we knew very soon we should aim at riding to Thailand. Time passed and with few old friends and new, we set out on our K2K ride in May 2017. As usual, I took care of the entire planning and we successfully completed yet another 8600 Kms ride. We were back from the trip and as the thought of 27 days journey on road started to sink in, a dear friend of mine reminded me of the road trip to Thailand on July 5th. Got back to my fellow bikers with whom I always dreamt to ride to Thailand. In less than 3 days all of us agreed to set out on our next big journey to Thailand in November.

Just in another 10 days, I happened to meet Mr. Venkatesam, Principal Secretary Telangana Tourism at a friend’s Photography show. My other friend Visha reminded the Secretary about my keen interest in UNESCO travels. And soon he asked me when and where do you want to travel next.

In a split second, I told him about our plan to ride on a motorcycle to Thailand. He instantly agreed to support. I immediately asked him I would like to do it with four of my other friends. He was more than happy to extend his support and suggested we do it as an expedition covering all possible ASEAN counties along with production crew.

Earlier we thought of T2T Expedition, Telangana to Thailand. After adding the other countries we were not happy with the title and were looking for a better name. That’s when Piya came up with Road to Mekong as we were traveling through the Mekong region.

Tell us about the 4 of you and how you came together for Road to Mekong expedition?

2012 was the year which changed my perspective towards travel. Visiting all the UNESCO sites in India and winning a fun challenge. It boosted my planning skills to explore whatever I can in short breaks. In 2013 along with Prasanna, we started the Hyderabad Chapter of Bikerni, an all women motorcyclists association. From then on we did several rides. Through that, I met Shilpa who moved from Mumbai to Hyderabad on work in 2015 at JP Morgan. We have been on several rides. And admired each other’s passion for riding especially long trips. We both always thought of going to Thailand together.

In 2016, a common friend introduced Piya to me. And soon she started riding with us for city rides. Piya used to work as Regional Head for US IEF then and would join us only for short rides due to the paucity of time. When we just returned from K2K ride, she was generally catching up to know more. When I mentioned about our upcoming trip to Thailand. In two days she got back asking if she also can be a part of this journey. I instantly agreed. And there was no looking back. Piya has studied architecture from SPA, Delhi and did her Masters from Buffalo, NY. They moved back to India and she worked with ISB and US IEF.

She just put down her papers to start with her stint at educational consultancy and around the same time she heard about the trip. A mother of two college-going daughters, it would have been a tough decision to go on a motorcycle trip for close to two months. But guess she was destined to carry forward her father’s legacy. Her dad, who is around 72 years now, went on a motorcycle trip with his friends back in 1979 for three months.

Towards the end of 2016, again a common friend of mine introduced Shanti to me. Shanti works with SHE teams, women police team in Hyderabad and would still be hesitant going on a motorcycle as she had faced humiliation earlier. After riding with us for a couple of short city rides she started getting more confident. Her brother saw the passion she had for riding and they decided to buy an Enfield. When Telangana Tourism was interested to fund the entire expedition, my friend Varun with whom we actually planned to travel stepped back from the trip and said now that you are getting funds you should take those people who truly are passionate and deserve to be on such trips.

Instantly I thought about Shanti. Her two little children weren’t a big hurdle for her. But her government job would definitely be a hindrance for her being on the trip. I went up to her senior officials and requested them to send her on duty as we were anyways planning to talk about Telangana’s SHE teams as a key to women safety. They agreed and Shanti was on a dream journey.

How did you plan such a long expedition? As this covered so many countries, talk about the regulatory requirements of the multi-country trip?

Initially, it was just two countries and a few states in India. But with the support from Telangana Tourism, it grew bigger and we planned to cover 6 nations apart from India. The paperwork to cross land borders was of course very tedious. Especially because these routes had hardly seen a few people crossing over land. And hence there were no set rules written anywhere on how this can be done. It was mandatory to hire a local guide and get the permissions to the routes we had planned. It was double trouble as we had another 8 member support crew traveling with us, which included the drivers and the production crew.

Ministry of Tourism, India agreed to extend further support. They roped in the Ministry of External Affairs to support us as this was to promote India’s tourism and especially women safety. MEA informed all the Indian Embassies in the counties we were traveling to and they were of great help in expediting the paperwork required for the expedition to run smoothly.

Taking the motorcycle from India and not hiring it in those counties was another big challenge. The paperwork to get the bikes cross the land borders wasn’t that easy either.

What was the fascinating part of your journey?

The fascinating part was how we four rode together irrespective of our riding experiences. Both Piya and Shanti were new to long distance riding and the maximum they rode was around 200 Kms in a day. Shilpa and I took turns to lead and tail to ensure the four of us are together at any given point in time. Though we all came from different backgrounds and lifestyles the fact that we rode together overcoming all our differences to ride 17000 Kms and reaching back homes safely without even a single scratch or not even a flat tyre on any of our bikes is worth to be best of our memories.

What were your biggest challenges before, during and after the Road to Mekong expedition?

Biggest challenges before and during the Road to Mekong trip were mostly with the paperwork associated with government sponsorships. And the permissions needed to ride through these countries. Soon I realized this is going to take longer than usual 3 months. And gave up all my other bread-winning projects and focused only this for close to 8 months before we could set out on our journey.

After coming back, the success of the trip only added more work than rest. Now since we have so much content generated we are busy deciding whether to do a web series or a documentary or both. Anything would easily take up another six months which of course we are more than happy to do.

How did you get the funding for Road to Mekong expedition? How difficult was it to get sponsors?

It was not very difficult to get our major sponsors Telangana Tourism, Bajaj Auto & Incredible India as all of them were more than convinced with our passion for motorcycling. But an expedition of this level with 12 member team was getting more expensive than planned earlier. We approached several private firms and everyone spoke so much giving us high hopes but never actually did anything to support. Ultimately we had to request our existing sponsors and they did their best to support us with increasing budgets.

Tell us some anecdotes that left a lasting impact on you and your team on this Road to Mekong expedition.

When we were almost close getting back home, around 60 Kms to Nagpur one random stranger spotted us stopping by and looking at 575 Kms board to Hyderabad. Looking at our gear, he knew we were on some long road trip. A mechanic turned farmer to take care of his land this young man insisted we stop by and allow him to host us to at least a cool drink. He said ‘Hamare Biradri Ke Log Aaye Toh Pehchan Na Mushkil Nahi Hai’. He himself loves riding motorcycles and felt we were all fools who dream to ride and very few can understand the joy it brings.

What is your biggest takeaway from Road to Mekong expedition?

Irrespective of our differences, being together and working as a team towards a single goal anything can be achieved.

You traveled through countries that do not often come to India, did they ask you any questions about India?

Yes, they often wondered how we ‘Indo‘ were with our culture and what we eat. Especially in Myanmar, they would see the beauty in our eyes even when we were completely geared up. They were fascinated by the average height of us Indian women and they always felt Indian women are very beautiful.

What do you like the most about Biking? Would you like to do some slow travel at some time?

Biking has let me unfold my true potential of not just riding but also bringing people together and exploring the world around us. Yes, I would like to do a few slow trips as well if I had the luxury to.

Read more on the other Inspiring Travelers on IndiTales:

Barbara Miller – The Hippie who continues to travel 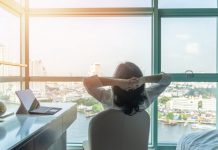 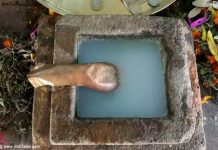