In last two years, I have graduated from being a non-driver to a driver. Who can predict what is happening on the Bangalore roads that I am driving and the leading and lagging roads? My normal route every day is from Outer Ring Road via Silk Board junction to Electronics City. Have tried couple of alternate routes to save time / energy / frustration / petrol / money. But finally, the beaten path seems to be most optimal and de-risked.

My long hours spent on Bangalore roads and especially the Hosur road helped me discover some new species on the roads:

They move at a snail’s pace, but they keep to their lane and hence are predictable. I started driving on Hosur road following these trucks. My driving instructor told me that if you follow them, no one will trouble you. As they do not move at more than 30 km/hr. But now that I am fairly confident, I change lanes the moment one of these heavyweights come in my line of driving.

Yes, people do schedule their conference calls for the time they drive, talk about productivity and efficiency improvements. He moves at the same speed as the heavily loaded truck but is slightly more unpredictable. His speed goes up and down based on whether he is talking or he is listening. You can almost make out his emotions from the way his car moves. If he is shouting or making his point on the call, his car almost stops. And if he is taken aback by any statement made by anyone, his car jerks. If you can see the driver, you can almost read what is going on in his mind. And it can read anything, but the sense of traffic around them.

First of all hats off to all of them for being courageous enough to drive in the given traffic conditions. They are the agilest movers on the road, with their snakes like moves and an ability to hit anyone who comes in their way. They expect you to leave a way for them. And always seem to be in hurry. In extreme traffic conditions, they can jump on the pavement, footpaths, road dividers or position themselves in such a way that you can not move. Till they go ahead of the small gap that you maintained between yourself and the vehicle ahead. It always looks like as if I am more scared of hitting them than they are of being hit by anyone. They are social responsibility for the rest of the vehicles on the road.

Yes, they are a species in themselves, and the most dangerous ones. They are lost in their own world, just like romantic scenes in Hindi movies. They simply forget the rest of the moving world around them. The guy’s head is in the direction opposite to the bike’s direction. He tries some acrobats or macho looking actions probably to impress the girl. The girl is usually not visible if you are driving behind them. But they provide some good entertainment in the boring traffic jams. The fees for the entertainment, you have to be compassionate to them and not expect them to follow any rules traffic or otherwise.

Auto drivers are a fairly renowned species and their behavior is more or less the same throughout the length and breadth of the country. The same holds true for all the cab drivers in the cities that are home to call centers and BPO companies.

The Homo sapiens, in general, have also evolved after spending some endless hours on the roads. Some tasks which they used to do in their homes, or when they had free time and mind have now shifted to the road. Some of them that include (in order of evolution):

Any guesses on the next level of evolution…

Recommend you read following travel blog on places to visit in Bangalore. 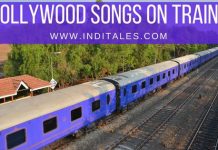 10 Travel Phrases I Learnt While Traveling