I am happy some of my friends like me, like to drive around and go into the wilderness and think this is a better way to spend quality time together than sitting in one of the cafes in the city under energy-guzzling lights, expensive coffees and extremely limited space. Yesterday 4 of us, including a 5-year-old, drove out of Bangalore towards Krishnagiri, through Sarjapur Road. As you drive past the inhabited limits of Bangalore, you would see a whole lot of new properties coming up, lots of schools and institutes coming up and of course, the planned IT parks.

I actually got to see the town called ‘Sarjapura’, which I was always curious about since it has been 3 years that I have been living on Sarjapur Road in Bangalore. Past Sarjapur town, there are hardly any villages. And there is a lot of green lands around. There are rose plantations and huge facilities that export roses from Bangalore. Making it one of the primary exports from the region, probably the biggest after much-celebrated cousin IT. The road is good throughout with very few bad patches and is surrounded by lush green trees and a good percentage of them are fruit trees. We actually stopped by few places and plucked custard apples to out heart’s content. Being totally inexperienced in doing so, I bruised myself at a lot of places, but I guess it was worth it.

After we drove around 70 km’s, we reached a village called Topannahalli. We stopped by a place which had the board saying ‘Akshara International School’. The board was on top of a house and the house belonged to the relative of one of my friends. We stopped there to have fresh coconut water. And I surprised everyone by having water directly from the coconut without using any straw or glass. While everyone in the village thought of me as a city person who would not be able to handle coconut. Now did someone not say that there is real happiness and joy lies in doing things that people say you can not do? We got to see the sapling plantations of Tomatoes, Brinjals, and Chilies, which are then sold to nurseries. There were tons of saplings that the villagers sell to government departments or to other plantation agencies.

I was pleasantly surprised to see a ‘Guinness world records’ certificate on the walls of the house. When I asked about it, even with the huge language barrier, the parents proudly explained the achievements of their young son. He is a master of miniature art. And has been awarded an entry into Guinness world records. And Limca book of records for creating an unbroken chain of 21 steps using a single toothpick. They also showed us the file containing all the articles that have been written about their son.

Photographs of his various creations that have been featured in his various places and his photographs with various dignitaries. In my every exploratory trip, I come across some surprises that make all the efforts put into doing the exploration worth it. This is usually not there on your planned trips where you know what you would get to see and feel. In fact, most of the time’s media hype makes them turn out to a dampener.

After Topannahalli, we reached a small 100-120 family village called Kalavanchi. This is the village our friend came from. And he took us around all the places in the village. The small school, the cowsheds, old houses, small basic shops. And the small Katcha lanes where all the village kids were playing, animals were roaming and people were talking to each other. We had some simple but most amazing dinner at this friend’s parent’s house before we were ready to drive back to Bangalore. Just when we thought of leaving, it started raining heavily. With greenery all around the rains looked beautiful, and I looked around and admired it for a while.

As life demanded, I am back in Bangalore. Writing this piece with a custard apple in my hand. And some fresh air in my lungs…. Look forward to some more such trips. 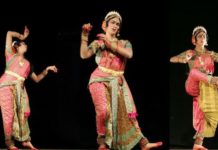 Listen To Kanha National Park Speak To Me

Shantadurga & Other Saraswat Temples In Goa

Beyt Dwarka – Places To Visit In Golden City Of Mahabharata