Think of England and you think of London. The visuals of London are so omnipresent that you start equating it with the country. I love London. The short time that I spent living in the country, London used to be my favorite weekend destination. I love it for its museums, for its central business district and I loved strolling past the Thames River. However, there are some charming English cities in the country that you must see – each has its own character.

Here is my list of English Cities that you must explore on your next visit. Each of these English Cities deserves a dedicated post, so I am restricting this to the key features of the town.

I visited Birmingham one weekend to meet a friend who used to work for Cadbury’s there. Meeting her always meant getting lots of chocolates. Well, at Birmingham, I was meeting her at the birthplace of Cadbury Chocolates. This is where John Cadbury started selling chocolates way back in 1824 – yes, almost 200 years ago. I felt like I am visiting the history of chocolate making.

You can visit the Cadbury World and get lost in the world of chocolates.

If Cadbury is one iconic brand from Birmingham, wait till you hear about the BBC Birmingham’s tour inside their broadcasting area. You can experience the life of a BBC presenter. Is that not like dream come true, especially, if you have thoughts about a career in media and journalism?

Now let me surprise you with the diversity that Birmingham offers – it is home to Europe’s largest jewelry business in an area appropriately called Jewelers Quarter. If you are a jewelry freak, you cannot afford to miss the jewelry shops in this area. However, if you just admire jewelry from a distance as I do, you can visit the museum of the jewelry quarter. A guided tour of the museum takes you through the jewelry making process inside a real jewelry workshop dating back to 1899. You will also be introduced to the array of materials that have been used to create jewelry.

If the first words that came to your mind after reading Manchester are – Manchester United and Manchester City, please head to the national football museum. This is where you can pay homage to your favorite game the deity-like football players. If that is not enough, you can try your hands..oops your feet on the football and feel like a professional football player. You can also wear the referee hat & feel the anxiety. There is a hall of fame, there is a collection of BBC commentaries of the game and all kinds of trivia on the game, players, fans, stadiums & clubs. Of course, you walk through the history of the game.

Now, if you are hungry after the game, how about heading to the Curry Mile. Curry, as the name suggests, is the place where South Asian (read Indian Subcontinent) food rules.

Do you know that Mr. Rolls and Mr. Royce of Rolls Royce company first met in Manchester?

If you are historically inclined, it would help to know that the history of Manchester goes back to 1st CE when a Roman Fort was established here. The town, however, was established around 13th CE on the confluence of rivers – Irwell and Medlock. It was during the industrial revolution in 17-18th CE that the town was the hub of the cloth industry. Most mechanizations of spinning, weaving took place around here. Visit the Manchester museum for more details.

I know you are again thinking of Liverpool FC and Everton FC. Yes, this is another football crazy city of the lovely English Cities. However, Liverpool is more than just its football fever.

It is the city that gave us the Beatles. The Beatles story is a museum at Liverpool that takes you through the journey of this greatest band ever known. You can see the original musical instruments used by the band members – be it the Piano of John Lenon or George Harrison’s first guitar. There is a story of each member that traces their journey even after the band was split. No wonder Liverpool gets its tag – World Capital City of Pop.

Liverpool is home to oldest known China Town in Europe. I assume it came up due to Liverpool being a thriving trading port once upon a time. Its maritime history has earned it a UNESCO World Heritage Status. Take the Liverpool walking tour to explore the historic Albert Dock area.

Liverpool is home to as many as 6 UNESCO World Heritage Sites.

If LGBT tourism interests you, then you need to know that Liverpool is one of the official gay districts of Britain. Head to Stanley Street Quarter where annual Liverpool pride happens.

If you like architecturally rich ancient spaces, as I do, York is the town for you. It is known for its ancient cathedrals that are like a lesson in Gothic architecture. Dating back to Roman times i.e 1st CE when a fort was built on river Ouse, York is known for its best-preserved heritage.

York is also known for its many cultural festivals, best known of which is The Viking Festival. The city came under The Vikings is 7th CE who called it Jorvik pronounced as Yor-Vik. Viking Festival happens in February every year and is conducted by Jorvik Viking center that is also a museum. Combat re-enactment is the most highlighted part of this festival.

Vikings were the Scandinavian Sea Raiders of medieval ages.

York is a walking city. Its heritage area is pedestrian only and you can peacefully walk along the River Ouse. Most sites are located close to each other. You can walk on the walls of the medieval city and get a vantage view of the city around. In the evenings, you can sign up for ghost walks. When there is a river, the option of going on a boat ride is always there.

Oxford takes pride in being home to the oldest university in Britain dating back to 12th CE. We in India, of course, had Taxila and Nalanda much before that but unfortunately, they are no longer living institutes. Oxford essentially remains a university town. It really does not have an area or buildings set aside for the university. The university buildings are rather scattered around the town. Some of them like the library is open to the public, of course with some limitations.

For the new age visitors, this is the place where many of the Harry Potter films were shot. If you are a Harry Potter fan you may want to explore the town through it. For example, you can visit the Hogwarts’s Library that is, in reality, the Bodleian library or the research library of Oxford University dating back to 1602 CE.

I am sure you would have read Oxford University Press books at some point of your student like. You can visit their bookshop at Oxford. I remember I had Goosebumps when I was shopping at their curio shop. I still have the bookmarks I picked up from there.

My favorite recommendation for Oxford would be walking on the high street, stopping for a leisurely coffee, admiring the architecture and soaking in the laid-back attitude of the student town.

The best way to explore Oxford is on foot or by cycle.

I remember my first thoughts after landing in Cambridge was – It is such a small town. Cambridge is one of those places that hold a big image primarily because of its immensely popular and respected university. Out there, it is an adorable little town on the banks of river Cam.

Most imposing visual of Cambridge is that of King’s College Chapel. I remember taking a walking tour of Cambridge where the guide described the buildings of the city along with some famous alumni like Issac Newton and Bertrand Russel. He took us to a lawn where only those who have graduated can walk. Imagine walking past a garden that inspires you to graduate fast enough so that you can walk on it.

There was a small apple tree at the gate of one of the colleges that the guide insisted is descendent of the tree from which the apple fell on Newton’s head. If you have read science history, you know it is a myth, but it is fun to walk on the streets that were inhabited by these great scientists and philosophers.

Punting on Cam river is a highly recommended activity if you happen to visit Cambridge in summers. You can also attend the farmers market and buy some creative handmade items like I bought pendants with dry flowers in them.

Did you like the stories of Robin Hood as a child? If yes, then Nottingham is your destination. This is where the folk hero continues to live. You can not only visit the sites associated with him but go on many trails that he might have originally walked on, Different Robin hood tours take you through Nottingham castle, underground caves and other places associated with him. Once you are done with the city, head to the Sherwood forest – one of the Robin Hood’s favorite places.

It was known for lace making once upon a time. It was the center of lace trading during the hay days of the British Empire. The area where the trade happened is now a heritage area and it is still called the Lace Market. They have recently renovated this area and put to re-use – in a phenomenon that I called recycled heritage. Today it is one of the happening areas of Nottingham with cafes, boutique hotels, and a happening nightlife. Guess that makes it a great place for people who enjoy the nightlife.

Bath is one of the few UNESCO world heritage cities. I remember driving to it one weekend in the hope of seeing the Roman Bath. I was totally in awe of the majestic baths that I saw. The statues of Goddess Minerva – the goddess of water still hover in my visuals. The sulfur hot springs appeared as if molten gold was flowing. The guide walked us through the house of Jane Austen. We walked along the River Avon and admired its inhabited bridge.

All the above English cities are easily accessible from London by road and rail. However, if you are visiting from outside of Britain, you can take a circuitous route and spread your holiday among these English cities. If you can afford the time, do not miss any of them.

For more information on these English Cities check out the Visit Britain website.

10 Offbeat Things To Do In Lisbon Capital Of Portugal 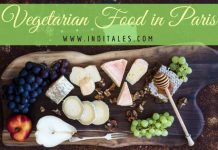 Vegetarian food In Paris – Its Easier Than You Think!