Uttarakhand is home to about 700 species of birds that are found in India. Although we had an inkling of the variety of birds reported in Uttarakhand, the hill state of India, our itinerary could not accommodate opportunities to explore Birding in Kumaon. The focus was on the Himalayas, Sunrise scenes, heritage places, and landscapes that the Devbhoomi offers to the visitors like us.

Nevertheless, we thought of at least getting a glimpse of Kumaon birds. Kumaon region of Uttarakhand did entice us with a possibility of a planned birding trip in the future.

Here are some of the birds of Kumaon we could spot and manage to photograph.

The first place we stopped on our road trip to Kumaon was Kathgodam, just past Haldwani. The hilly terrain starts at Kathgodam, we were hungry having driven all the way from Delhi and stopped by a riverside restaurant for lunch. Right there by the riverside, dozens of Plum-headed Parakeet calls drew our attention, but they were across the river in the valley. Moments later we saw this Steppe-Eagle flying over the river and near the balcony of the restaurant. Unwittingly our Birding in Kumaon had started.

A little drive ahead at Bhimtal, we checked into the KVPM guest house and headed to Naukuchiatal Lake. Birds like Kingfishers to Herons were there, but the water sports and Swans in large numbers there held our attention. Some biscuit pieces were thrown into the water by kids who drew hordes of Swans. They were literally after the kids even chasing them to the steps leading to the lake.

Early morning the next day, waiting for our morning tea, as we stepped out on the lawns of the guest house, he first heard and then saw so many birds. Some of them we saw and photographed for the first time. There were birds like the Red-billed Blue Magpie, Himalayan Bulbul, Scarlet Minivet, and Jungle Myna.

After taking a walk along the Bhimtal lake, we headed to Sattal. Here, we explored some water sports and walked around the parts of the lake. We ignored this black, crow-like bird many times. However, we did notice it did not behave like a Crow that is always looking for food near people. Finally captured a couple of images only to later learn that the bird is called Blue-whistling Thrush. Take a look.

Our next stop was Mukteshwar. Early morning before sunrise we were out looking for sunrise over Himalayan peaks. We were pleasantly surprised to find over a dozen Black-headed Jay’s, Grey-bush Chat, Oriental White-Eye, Himalayan Bulbuls, Striated-swallows, and Russet-Sparrows. On a short walk post-sunrise, we were rewarded with a surprise sighting of the Rufous-bellied Woodpecker.

Further on our journey to the Binsar, to get a closer look at the Himalayas, there were more surprises. We sighted a Black Francolin who noticed us and quickly disappeared. The Oriental-turtle Doves were there happily greeting the visitors to Binsar.

Tips for Birding in Kumaon

This is just the tip of the ice-burg. There are many exotic Himalayan Birds in Uttarakhand seen only around this topography.

We ended up watching many new birds here. We will be back again to the hill state of India and spend some more time birding in this region of Uttarakhand, sometimes in the future. See you again fascinating friends with feathers! We have posted collages of the birds to minimize the total number of bird photographs on this post.

Recommend you read the following birding trails on the travel blog. 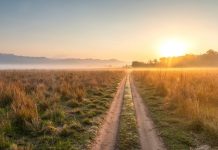 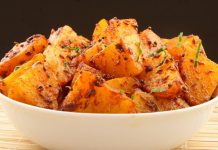