Tripurari Purnima or Dev Deepawali celebrations by Goa Tourism – I saw this advertisement in the newspaper a couple of days before the full moon in November. The program sounded interesting, midnight boat festival on the banks of Valvanti river with cultural programs like Lavani, thrown in. I was intrigued, called up Goa Tourism and made my booking, to go and see the other side of Goan nightlife.

We reached Sankhali or Sankhali or Sanquelim after a drive of a good 90 minutes or so. I not only discovered a colorful festival but also learned a bit about Tripurari Purnima and Dev Deepawali.

Tripurari Purnima falls 15 days after the Diwali festival. Remember Diwali is celebrated on Amavasya or the no moon day and this one on the full moon that falls after that. This is the Hindu month of Kartik, hence also referred to as Kartik Purnima.

The name Tripurari comes from the one who slayed the demon Tripurasur. The demon in term got his name from the three Puras or the cities that he created. When this demon became too powerful for the welfare of the world and a menace for the gods, none other than Shiva killed him. Shiva in lieu received another name – Tripurantaka – or the one who brought the end of Tripurasur demon. This brought so much joy to the Gods that they decided to celebrate it by lighting lamps. Hence the festival got its name Dev-Deepawali – the Deepawali of the Devas or Gods.

The festival is best known for its celebrations at the Ghats of Ganga in Varanasi. The steps of ghats are decorated with millions of lamps. This is done after people have taken a dip in the holy Ganga called Karthik Snan. Varanasi is after all Shivnagari or the city of Shiva.

The beauty of Indian festivals is that they follow a larger format in general. At the same time, at the local level, they are celebrated in their own unique ways. The larger story of Tripurari Purnima remains the same. It is a celebration of the end of Tripurasur by lighting up the banks of a river. Goans celebrate it by creating boats that are lit up and taken around in the river. Boats have replaced the traditional earthen lamps in Goa.

Boats are an integral part of the coastal life and especially people who live in Riviera that Goa is. So every festival and ritual here is celebrated with the boats or rather on the boats. Boats are a muse for the artists of Goa. They express their creativity by creating boats in various shapes and colors. In fact, we started the tour by admiring the various boats that lined up at the premises of Vithala temple in Sankhali village.

There were traditional themes on which boats were designed like the Ravana carrying the Shivalinga or a saint being carried in a palanquin. Then, there were contemporary scenes like the FC Goa-themed boat that celebrates the football madness of Goa. There were ships designed as mermaids and ships designed as a humble hut. In all, there were 42 boats participating in the function and all of them designed by small teams of young Goan’s. Their enthusiasm and their creative energy were all there in the air.

Behind the temple, on the steps leading to the Valvanti River, a cultural program was in full swing. A Lavani group from Maharashtra was performing dances to live singing and live music – which is quite a rarity these days, as everyone prefers to dance to recorded film music. The dances were rustic and energetic and a huge crowd peacefully enjoyed them.

The steps to the river were decorated with lamps or Diyas placed aesthetically on colorful Rangolis. Jhoomars were hanging on the houses on both sides and the small temples played hosts to many mannequins that would be a part of the boat festival.

People lined up on the banks of Valvanti where an effigy of Tripurasur stood in the middle of the river. A makeshift stage floated in the river and here the actors playing the role of Shiva, Parvati and Tripurasur entertained people with their dialogues. I could follow some of what they spoke in Konkani but laughed with the maniac laughter of the demon as it reverberated across the venue. Finally, the effigy was burnt and with this symbolic end of the demon, the sky was lit up with various fireworks.

Lord Vithala was carried in a palanquin to the river where he stayed for some time to witness the celebrations and went back to his temple.

All this while, boats kept taking rounds in front of the audience almost like a model walks on the ramp and shows his or her sculpted body. Lanterns were being floated in the sky at regular intervals. Photographers went berserk-clicking pictures of these creative boats that made the river look like it’s having a boat party. Coconut trees provided the backdrop and fireworks lit sky provided the light. I sat there near the VIP box, totally mesmerized by the riot of colors that was in front of my eyes. The midnight added its own flavors to the colors, as did the full moon. This was the essence of India, so connected and yet so independent.

Most of the times when I travel I have my blog in my mind, I am picking up nuances that I can write about, but this was one place where I dropped all thoughts and I was just right there enjoying that beautiful sight.

Around 12:30 it was time to start driving back, but none of us were in the mood to leave the place. It is a pity that not many people know about this festival but then maybe that is why it is still very pure in its essence and has not succumbed to the pressures of sponsors.

Other reasons to celebrate Kartik Poornima

Have a look at the short clip of the celebrations I managed to capture for you.

Do head to Sankhali if you happen to be in the state, 2 weeks after the Diwali Festival!

Recommend you read the following list of festivals of Goa. 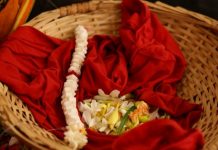