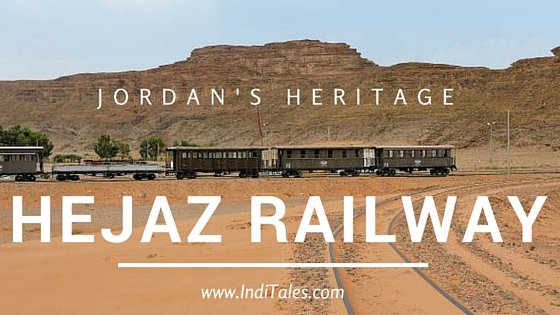 It seems railways had their hay day almost a century back. When tracks were being laid in unthinkable places like the Himalayas and the deserts of Arabia. It must have been an age where the dream of connecting long distances must have come true for masses. And especially those whose pilgrim routes became easier. In fact, connecting to pilgrimage places may have been a big motivation for the laying long tracks. I remember Nizam of Hyderabad had set up a rail link to visit Ajmer in the late 19th CE. In Jordan, I was happy to meet yet another heritage railway story – the story of Hejaz railways.

Hejaz Railways also called Hijaz Railways at times, that was built little more than 100 years back. By the Ottomans with an intention to connect Istanbul to Mecca. The stated intent was to ease out the pilgrimage route for the pilgrims traveling to Mecca, which was done primarily on camels till then. It took them anywhere from 4-6 months to complete this journey. The inherent intent was also to establish the Sultan Abdul Hamid II as the political and spiritual leader in the Muslim world. In 1900 a campaign was started to raise the public funding for the railway. To me, this is a very interesting point. The whole railway line was funded by the devout Muslims and not by the treasury of a state or a king.

One of the officials of the Ottoman Empire Haji Mukhtar Bey traveled from Damascus to Mecca while on his Haj to trace a path for the planned railway track. German engineers (they have been in demand since then it seems) were engaged for the design and execution of the railway line. By 1908 the line was laid between Damascus and Medina. It reduced the pilgrimage time between the two cities from 45 days to 5 days. I can only imagine what a relief it would have been for the pilgrims, though the faithful would anyway travel on the strength of their faith.

The Rail line was to be extended on either side, but it could never happen for various reasons. The two most stated reasons include World War II and the 1916 Arab Revolution. But another reason that also gets a mention is the non-cooperation of Bedouin tribes to part with their lands for the rail line. I assume a combination of all these may have led to the project being abandoned mid-way.

Currently, the part of heritage railways that lies in Jordan operates as Jordan Hejaz Railway. And runs trains connecting the length of the country through its 450 KM’s of tracks or so. It runs passenger services that connect not only various parts of Jordan but also connects to Syria and Saudi Arabia. A small part of it is used by the local mining industry to port the mined produce to the port at Aqaba. Finally, it is a tourist attraction as a century-old heritage train that runs across a desert track. Check their website for the latest details.

A small 10 km track is used by the tourism industry with a steam engine and restored wagons. Tourists are allowed to board the train, click pictures with it, and walk on the tracks that seem to be appearing out of the desert.

The highlight of the visit to the Hejaz Railways in the middle of the Wadi Rum desert is the show that re-creates the Arab Revolution of 1916. Tourists board the train that passes through the quiet desert. There is ample to admire as you see the rock formations emerging out of the sand and creating curious scenes. Near a hillock, the show begins with a surprise that for the unprepared can be a shock. This show has so many unexpected elements but it is this sheer surprise factor that works the most for visitors. Now we knew we were there to witness a show. We expected some hi-tech recreation of the scene, some history walks through these railways. But no, this was a hardcore re-creation of the scene with bullets flying across, horses galloping around and mock kidnapping of some soldiers.

In the end, we witnessed the negotiations between two parties over cups of sweet tea in a Bedouin tent. It was one hell of an experience. I tried to capture a small video while being terrified of the sound of bullets.

The show is a creation of this company that also has shows at Petra and Shobak. They take the train back in time to 1916 and show how the Ottomans attached the Hijazi train. According to their website, they are making the visitors witness the birth of nations. I must add that while I enjoyed the show, I would have loved a briefing on the history of the Arab Revolution before the show. That would have put a lot of things in perspective. While I came back and did all my reading, a casual traveler/tourist may miss the point altogether.

Watch the video of the Arab revolution show I managed to capture while on this Jordan heritage tour.

I walked in and out of the train, admiring its old age charm. Its open wagons which rucksacks and it’s a steam engine. I walked along the narrow gauge track that played hide and seek with the desert sand. While the colors created a panorama to admire with rough rocks jetting out of the sand and the rail lines seem to be leading to them. I admired the engineering involved. It is not easy to lay the horizontal rail lines on a sandy surface. Some of them appeared to sit entirely on a sand dune and I wondered how it managed to remain firm. They have been around for a century now.

It is as much an ode to the engineers who built this rail line in the desert. My little research led me to this paper that talks about the chemistry of the rail tracks used in the Hejaz railway.  It must have taken a lot of motivation to work on a railway track through the desert.

Thank you, Jordan Tourism for adding experience to my favorite mode of travel – Train Journeys.

Amman Citadel – History of Jordan in a Nutshell

Amman Roman Theater – from the World of Ancient Theaters 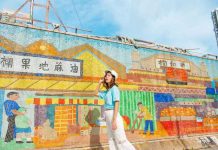 A Short Story… Moments You Live – The Real Life

Places To Visit In Sibasagar The Temple Town Of Assam

Spinnerei Leipzig – Cotton To Culture, Things To Do In Leipzig