This year the world comes to Meghalaya for International Mei-Ramew (IMR 2015). The world calls it Indigenous Terra Madre (ITM 2015). Global gastronomical specialists join the aborigines of Australia, Amazonian Indians, Native American Indians, and other indigenous communities from all over the world for this five-day fiesta of never-before-seen food delights, cradled through centuries. And passed on from generations to generations.

A culinary coming together of 80 indigenous tribes from 52 countries will make it a first of its kind event in India. What’s more, these timeless flavors will be shared with and experimented by star chefs from around the world. All these will be anchored by the host communities from the North-East of India, who will unravel the secrets of their lands. And how it nourishes their ingenious, earth-bound flavors.

The Indigenous Partnership for Agrobiodiversity and Food Sovereignty, Rome, NESFAS (North East Slow Food and Agrobiodiversity Society), Shillong, and Slow Food International, Italy, are the organizations driving this event. Together with the Government of Meghalaya. Preparations for this event, wherein over 500 delegates from all over the world are expected, are at a feverish pitch. The excitement in the air is palpable. In fact, a series of pre-events are being hosted. Such as the release of the ITM theme song by the CM of Meghalaya, which was followed by a traditional Khasi dinner. Prepared by cooks from various villages who are part of the Cooks’ Alliance.

The Future We Want: Indigenous Perspectives and Actions

With the support of the local community and the backing of international organizations, Shillong will hit the headlines. As the world converges for International Terra Madre 2015, to establish its theme “The Future We Want Indigenous Perspectives and Actions”. A call from Mother Earth. The significance of the event taking place in India this year is momentous. Given that it is only the second time that this event is happening globally. After its predecessor in Jokkmokk, Sweden in 2011 hosted by Slow Food Sampi and the indigenous peoples of northern Europe. To better understand why Shillong has been chosen as the venue, it is important to note that North-East India is home to 250 indigenous groups. And is considered one of the most bio-culturally diverse areas of the world.

The exceptional quality of ITM 2015 is that it simultaneously aims to educate and entertain its guests, delegates and the local community about various facets of the food and culture of indigenous peoples worldwide. The festival is also special because it is India’s only event entirely dedicated to them. Bringing together representatives of these communities to celebrate their food cultures. And discuss how to bring their knowledge and vision of local food systems into modern times.

It is expected that no less than 60 world indigenous communities will converge on this platform. To share issues and ideas on food, its production, and related topics. The inauguration on 3rd November 2015 will be attended by Chief Minister of Meghalaya, Mukul Sangma. Who himself is from the indigenous Garo community of the region. Food is intrinsically linked to many aspects of culture. Therefore ITM 2015 is as much about these: the weaves, the stories, the songs, the dances that stem from local traditions. The event will culminate in a grand food festival open to all at the Sacred Grove, Mawphlang.

Highlights of the festival where more than 10,000 visitors are expected include –

ITM Kitchen: An experimental food lab where 4 chef pairings (an international and a local chef) by turns will cook together to create one unique dish.

Biodiversity Fair: An interactive showcase of the diverse flora and fauna of North East India.

Tribal Dress March: A fashion show with a difference as various tribes showcase their distinct dresses, headgear, and jewelry on the ramp.

Storytelling with Sound and Light Show: To be held at twilight, using the Sacred Forest as a backdrop, this exceptional show will be a once in a lifetime experience.

This festival in 2015 will be held in Shillong, Meghalaya from the 3rd–7th November. It is a global congregation of Indigenous Peoples sharing their knowledge on traditional foodways, along with their musical, cultural and weaving traditions.

This is a guest post by Amrita Ravimohan for IndiTales. 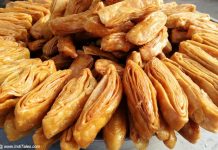 How Did They Travel In Ancient India? – Sumedha Verma Ojha